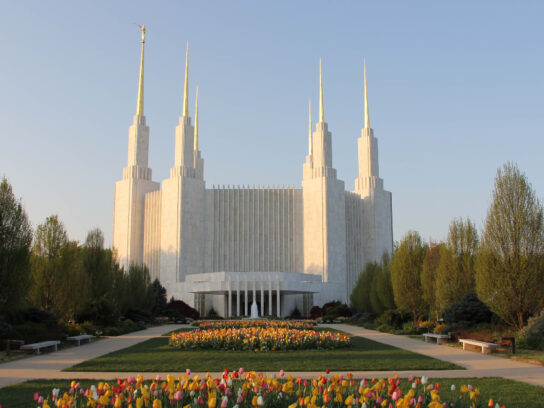 The Washington D.C. Temple of The Church of Jesus Christ of Latter-day Saints will be open for public tours starting in April. This is the first time the Temple — commonly referred to as the Mormon Temple — will be open to the public since 1974.

The Temple, located on 52 acres in Kensington, was dedicated in November, 1974 and was the first Latter-day Saint temple to be built on the East Coast. It is the third-largest temple in the world and serves church members in D.C., Virginia, Pennsylvania, Maryland, Delaware, West Virginia, and New Jersey.

The building was closed for renovations in 2018. Mechanical, electrical and plumbing systems were replaced, among other upgrades, but the building mostly preserves its original design.

Open house tours are scheduled for April 28 to June 4 (excluding Sundays) and occur from 9 a.m. through 8 p.m. Tours last about 45 minutes and include a self-guided walk throughout the remodeled interior of the temple. There are more than 150 stairs and comfortable shoes are recommended. Wheelchair and ADA accessibility is available.

Parking on-site during the open house period is limited and requires a time-entry ticket. A shuttle from the Forest Glen Metro Station is also available. Tickets for both the on-site parking and the shuttle may be obtained on the Temple’s website.

Following the public open house, the temple will be rededicated in June.

Chris Matthews from The Church of Jesus Chris of Latter-day Saints joined Joe Yasharoff to talk about the temple in this podcast:

Washington D.C. Temple Will Open to the Public Next Year

Washington DC Temple Opening to Public For First Time Since 1974 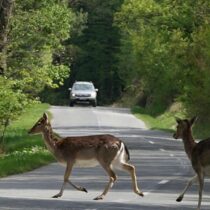