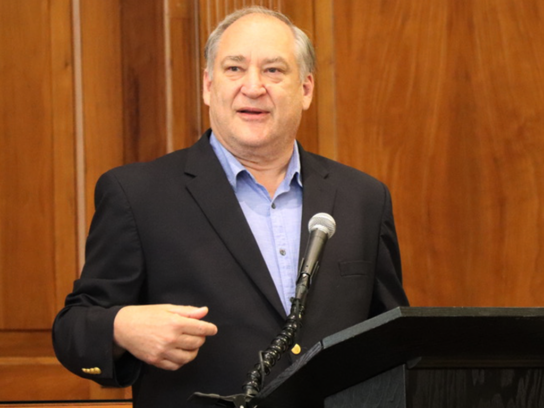 Montgomery County Executive Marc Elrich appeared headed for a second term. As of 10:45 p.m. Tuesday, he had 72% of the vote to Republican Reardon Sullivan’s 27% with 214 of 258 precincts counted.

Before a cheering crowd gathered at McGinty’s Public House in Silver Spring, Elrich declared, “We won,” adding, “I am very humble.”

“I may be an elected official, but first and foremost, I am an activist. I want to do things that make the world a better place,” he said.

During his second term, Elrich intends to bring more affordable housing options, including rent stabilization, to the county. He also wants to bring science labs and educational opportunities for county residents to fill jobs at biotech and other STEM-related jobs as well as improved—and green—transportation.

Elrich is optimistic his plans will succeed and is looking forward to working with newly-elected Democratic Governor Wes Moore, who he said shares his vision. He also expects to work well with the incoming, and diverse, council.

Elrich barely made it to this point, having only beaten businessman David Blair by 32 votes in the Democratic primary.