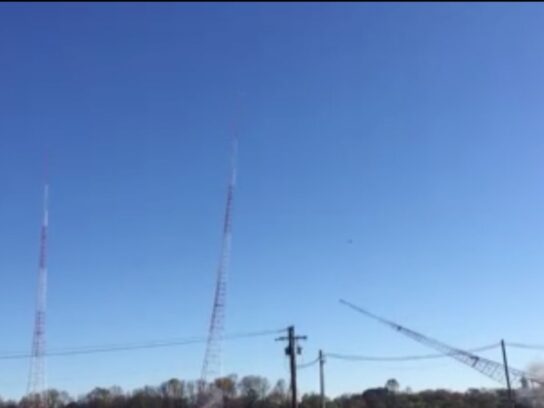 As the countdown descended from 10 to one and then “Fire,” the first of four WMAL radio towers fell gracefully to the ground. Within 25 seconds all four towers were leveled in preparation for a housing development in Bethesda.

The property lies between Greentree Road, I-495 and I-270 and is slated to be subdivided into 309 lots of single family detached and single family attached homes by Toll Brothers.

Wednesday morning around 9 a.m., the area that has been used as a park was a blocked-off demolition site. Controlled Demolition, located in Phoenix, Md., used approximately one pound of explosives to fell each of the four, 400-foot tall WMAL radio towers.

“Concern for the safety of workers and the poor structural condition of these towers led the stakeholders involved to purse CDI’s remote explosives,” the company wrote in an email to Montgomery Community Media.

As the towers gracefully fell to the ground, the noise level was similar to a summer thunderstorm, the company noted.

WMAL, Washington’s oldest station operating under its original call letters, built the towers on a 100-acre site in the Bradley Hills section of Bethesda to increase its power from 500 watts to 5,000 watts, according to the company’s history on its website. Service began on that site on Feb. 24, 1941. The station began its broadcasts there from a one-and-a-half story brick colonial transmitter building.

In 1952, the studios were moved to this transmitting site on Greentree Road. 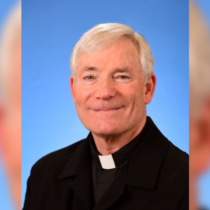