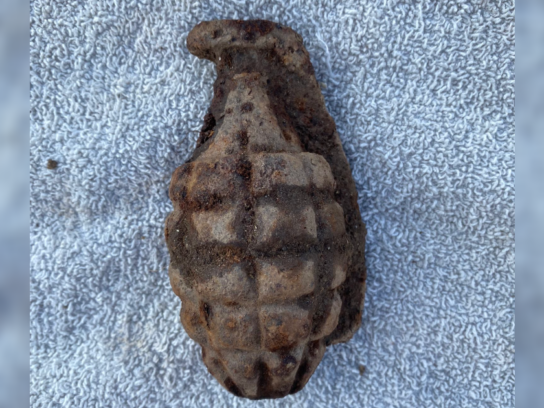 A person doing yard work at a Bethesda home unearthed what appeared to be a grenade on Wednesday.

At approximately 5:30 p.m., emergency personnel responded to the home located in the 5300 block of Worthington Drive.

According to Pete Piringer, chief spokesperson for Montgomery County Fire and Rescue Service, a fire/explosive investigator and police officers investigated and determined the grenade to be a non-explosive device.

Piringer advises residents to remain vigilant of their surroundings and to report any suspicious activity to law enforcement.