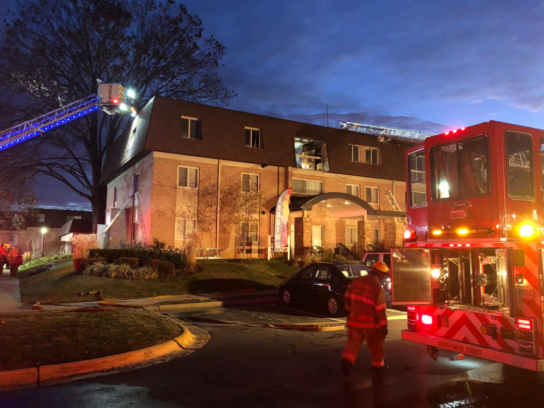 Six adults and four children were injured, and 45 people were temporarily displaced in a fire at a Montgomery Village apartment building on Friday morning.

Officials said the fire happened around 5:30 a.m. at Cedar Mills Apartment in the 18000 block of Lost Knife Circle.

Approximately 75 firefighters responded to the scene and were able to get the blaze under control. Residents were evacuated from the building.

Montgomery County Fire spokesperson Pete Piringer said the fire began in the living room of the top floor apartment, but it is unclear what caused the fire.

A total of ten patients were transported to the hospital with non-life-threatening injuries. Two children were taken in for smoke inhalation and one for burn injuries. Red Cross was on the scene to attend to displaced residents.