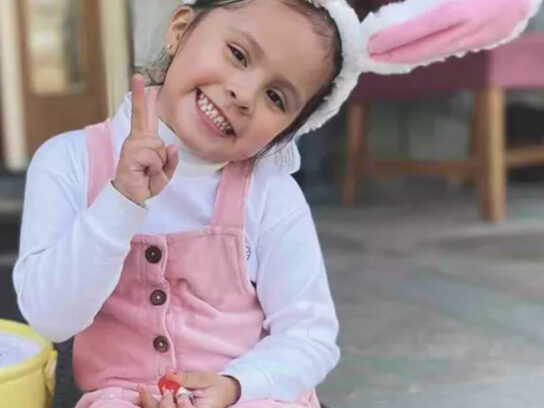 The child killed in a three-vehicle crash last week was identified as 4-year-old Iliana Hernandez of Silver Spring, according to an update by Montgomery County Police (MCP).

Just after 10 p.m. on Oct. 21, Hernandez was riding in the back seat of her parents’ Acura. The car was traveling southbound on Georgia Avenue when it collided with a black Ford Fusion turning left onto Dexter Avenue. The Ford was then struck by a second car — a Honda Civic — while the Acura ran off-road and crashed into a large brick wall.

According to the Action Committee for Transit, Hernandez was the 15th car occupant and 33rd person killed on the roads in Montgomery County this year.

“This kind of intersection is not safe for any road user,” the committee wrote in a Tweet. According to a 2019 analysis by the Planning Dept., Georgia Avenue is among the most congested stretches in the County and is considered a high-risk roadway due to its high rate of collisions — 12.5 per mile.

At that time, the Planning Dept. recommended safety measures such as reduced target speed and traffic signal improvements. And while the Forest Glen/Montgomery Hills Sector Plan was approved and adopted, the Maryland Department of Transportation – State Highway Administration lacks funding for construction.

“If you Google ‘accident on Georgia Avenue,’ that intersection just keeps coming up over and over again,” Yansi Carranza, Felipe’s aunt, said in an interview with MyMCM. “And still, nothing has been done.”

Carranza described Hernandez as a “particularly sweet” little girl who had a close relationship with her cousin.

“They would both be always together, like sisters. Now, poor Emory is asking where she is,” Carranza said.

Carranza started a GoFundMe campaign with the hope of covering Hernandez’s funeral expenses. As of this writing, she has raised $24,118 of her $40,000 goal.