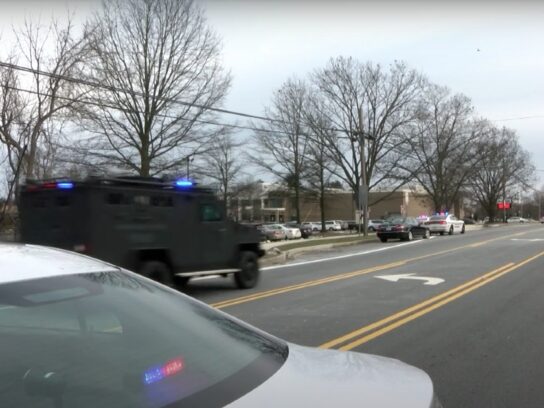 Last Friday, the school went under full lockdown after police said a 17-year-old student shot a 15-year-old student in a bathroom. The suspect was arrested and has been charged with attempted second-degree murder and other charges. As of Wednesday afternoon, MCPD Chief Marcus Jones said the victim remains in critical condition at a hospital.

Community engagement officers (CEOs) are also working with their assigned schools, checking in and making themselves visible, Jones said, particularly during high traffic times like lunch and dismissal.

According to Jones the county is not currently planning to bring back the discontinued school resource officer (SRO) program. But officials continue to look at school needs and potential modifications to the current CEO program at the high school level.

During a Board of Education meeting last year, school leaders announced instead of having SROs, the CEOs would be assigned to school clusters. However, they would not be inside the school building or on campus. Rather, officers would be stationed in surrounding neighborhoods outside the school.

County Executive Marc Elrich reaffirmed the county will not go back to the old SRO system but will look at enhancements going forward.

“No one’s produced any argument that an SRO would have made a difference in this particular incident,” Elrich said. McKnight shared similar thoughts during a press conference at police headquarters Monday.

“I don’t want to see any particular program come back that we have learned there are dynamics of a program that doesn’t work, and that’s what we learned from the SRO program,” she said.