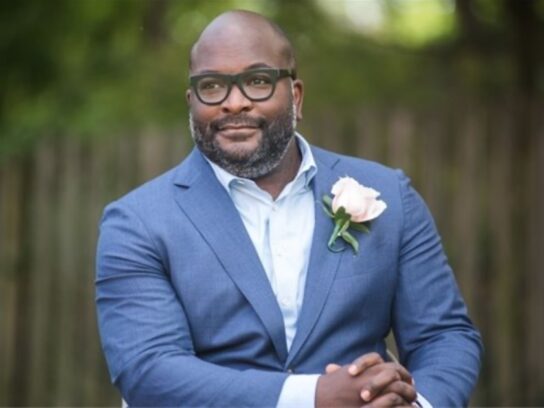 It is with great sadness that we report that our beloved #HyattsvilleMayor Kevin Ward passed away yesterday, January 25 from an apparent self-inflicted gunshot wound. We are heartbroken by this loss and share our deepest sympathy for the Mayor’s family. https://t.co/nemygRxFmL pic.twitter.com/8ZH33pXsfQ

“Mayor Ward was a valued and trusted leader and a force advocate for all the people of Hyattsville,” the city said in a statement. “We are heartbroken at this loss and extend our deepest sympathy to his family.”

Ward moved to Hyattsville in 2014 with his husband after adopting their two sons.

Prior to serving as mayor, the residents of Ward One elected him twice to the Hyattsville City Council. Some of his most noted accomplishments during his time as council member include: renovations of the Mall at Prince George’s, co-sponsoring legislation to position Hyattsville as a sanctuary city, and working on the reopening of the Trolley Trail.

Ward then served as interim mayor at the start of 2021 before being elected officially to the role.

“I believe in doing the work. I believe that if I can help someone, then I can change her or his life,” Ward said on his campaign page for mayor. “This is why I dedicated my career to providing the best technology to education and human services, to help as many as I can.”

Ward loved exploring the city of Hyattsville, especially its parks. “Nothing beats the peaceful calm of the University Hills Duck Pond Park. I love meeting new four-legged friends at Heurich Park,”  he expressed on his campaign website.

Gov. Larry Hogan and the First Lady offered their condolences on Twitter. “We extend our most heartfelt condolences to the Ward Family and the people of Hyattsville as they grieve this tragic loss,” the tweet read.

The First Lady and I are saddened to learn of the passing of Hyattsville Mayor Kevin Ward.

We extend our most heartfelt condolences to the Ward family and the people of Hyattsville as they grieve this tragic loss.

Sending my deepest condolences to Mayor Ward’s family and the Hyattsville community.

Details about funeral services or remembrances will be shared by the city when they are available.

The city encourages anyone in need of mental health support to call the National Suicide Prevention Lifeline at 1-800-273-8255.