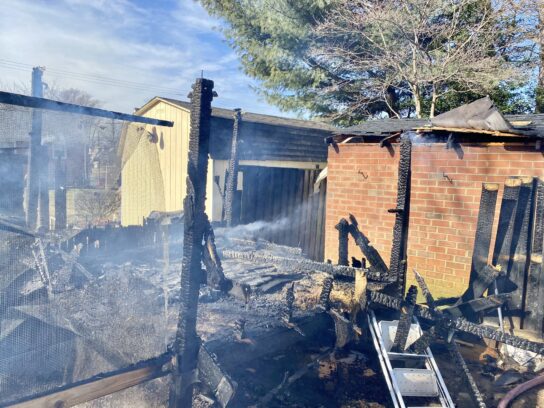 No birds died following a fire in a chicken coop on Kayson Street in Silver Spring Monday. They escaped the flames in an attached run area.

A heat lamp hanging from the ceiling is believed to have fallen and ignited bedding materials, according to Pete Piringer, spokesperson for the Montgomery County Fire and Rescue Services. Piringer estimated the damage at $5,000.

Several of the birds, including chickens, roosters and ducks, may be displaced.