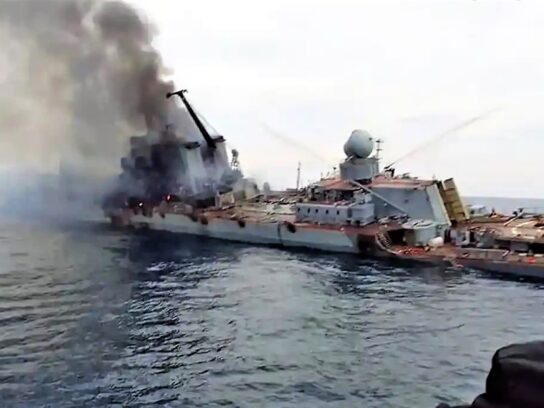 I predicted in this column back in mid-January, before the invasion of Ukraine, that Putin would invade and would focus on seizing the Black Sea coast, in order to strangle the country’s economy and people. That is now happening. Of course I support Ukraine, and still someday want to visit the best man at my wedding, who lives in Kiev with his family. (He reports that his family is OK despite distant explosions, and have sufficient food and supplies.)

The most startling recent event in this deadly struggle was the April 14 sinking of the Russian Black Sea flagship, the cruiser Moskva. How did that happen, who sank it, and what should that mean for future strategy and tactics? Let’s find out.

Moskva was was one of the most heavily defended assets in the Russian Navy. One naval analyst previously thought of it as “invincible” against air attack. The ship was designed to use its 16 large, offensive supersonic P-1000 Vulkan anti-ship missiles to punch a huge hole in a US Nimitz-class carrier group. Its defensive weapons were also quite impressive, consisting of 64 highly capable S-300F vertically-launched “Fort”anti-aircraft missiles, with an effective anti-missile range of over ten nautical miles (NM) (about 11 statute miles); 40 Osa-M short range (5 NM) “Wasp” anti-missile missiles; and 6 AK-630 30 millimeter six-barrelled Gatling guns, firing 4500 rounds per minute, with an anti-missile range of 2 NM.

This substantial triple-layer defense should have been capable of defeating dozens or even scores of incoming anti-ship missiles. But it is pretty clear that just two Ukrainian-built Neptune missiles, each traveling at a rather pokey sub-sonic speed of 650 mph, using detectable and jam-able radar homing, and with only a 330-pound warhead, managed to defeat all those defenses.

There are indications that the Moskva was also threatened by several Turkish-made, Ukrainian Bayraktar TB2 attack drones which spotted, tracked and perhaps distracted the vessel. But the The Russian cruiser had sophisticated, 360-degree, dual-system surveillance radars, which could quickly hand off to its numerous target-tracking radars, linked to automatic fire-control systems. Distraction should not have happened.

So what went wrong? Why is the Moskva just the latest dive destination in the Black Sea? At least six things are very likely:

First, over-centralization of command authority. The Russian/Soviet approach gives the “big man” total control; subordinates usually are not delegated authority to take action, unlike in the US and Royal Navy. Successful anti-missile defense is very complex and highly dependent on human factors; over-centralization can waste seconds. Seconds matter.

Second, lack of a good NCO corps. In a modern army or navy, the non-commissioned officers have decades of experience, and they execute the strategy developed by the officers. The Russians lack good NCOs at sea and on land.

Fourth, complacency based on poor intelligence. The Russians apparently had intel that the latest Neptune missiles were not in service and thus had not been used in the first month of the war. So the ship was loitering just 30 NM off the Ukrainian coast, making it more vulnerable.

Fifth, poor damage control. In the US and UK navies, every sailor is taught and regularly trains in damage control and firefighting. Any Western vessel, from a destroyer escort up to a carrier, which was hit by two Neptunes would almost certainly survive and remain in the fight, due to rapid, effective damage control. The Russians only train a small fraction of their crews in these vital skills.

Sixth, poor ship design. The Moskva has several design flaws, including having all its 16 major offensive missiles exposed on deck, and having its AK-630 close-in weapon system (CIWS) with a long loading belt leading deep into the belly of the ship. One credible theory is that one of the AK-630 turrets was hit by a Neptune, and secondary explosions went off all the way down the loading belt, into the CIWS magazine. (The US Phalanx CIWS has all its ammunition in the gun mount, so secondary explosions will not damage the ship’s interior.)

What all this means for future strategy and tactics is that NATO and the Ukrainians need to stop thinking of Russian ships as intimidating enemy assets. Rather they are more like big fat sitting ducks – targets for morale-, prestige- and budget-crushing blows. (Replacing the Moskva will cost over $750 million USD and take 5+ years.) There are two other Slava-class Russian cruisers similar to Moskva in the eastern Med and Aegean, protecting the entrance to the Dardanelles from NATO warships, with about 14 accompanying vessels.

How can they be attacked, since Ukraine’s navy now consists of only a few patrol boats, a minesweeper and a spy ship? NATO needs to take a leaf from the history books of WW I and WW II. The US has already frozen over $100 Billion USD in Russian funds held by US banks. Take a paltry $100 million of that (one tenth of one percent), give it to the Ukrainians, and have them spend it on buying and arming “Q-ships.” These would be merchant vessels with hidden armaments, such as many more Neptunes. That will take some months, but I predict that this war will last at least until April of 2023, through the dry season of this summer (currently the southeast of Ukraine is a sea of mud) and the good fighting season of December to early March (when tanks can easily maneuver across the frozen terrain).

Our original question was, “Who sank the Moskva?” I would argue that while the Ukrainians helped, the real answer is: the Russians sank the Moskva, because of who they are. 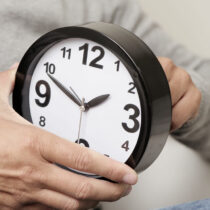