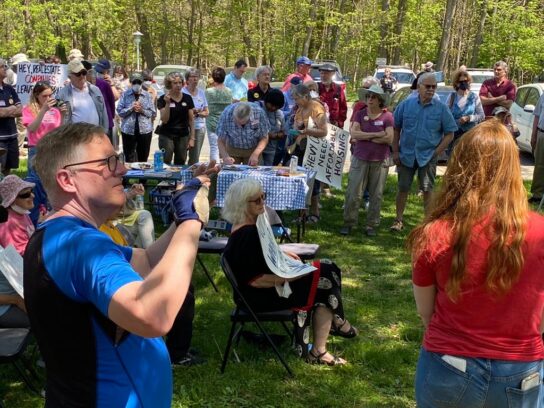 A rally for affordable housing in Chevy Chase, hosted by Montgomery for All and Action in Montgomery, drew a crowd of over 100 residents.

At the event, speakers shared their testimonies regarding housing issues in Montgomery County. Particularly, caretakers and staff at Chevy Chase’s numerous senior living facilities asked for affordable housing closer to their places of work.

Councilmember Gabe Albornoz spoke at the event, saying there is a need for public balance within county-wide interests with legitimate community views.

Rally-goers’ cries asked for the refurbishment of the Chevy Chase Library, with the inclusion of affordable housing. Silver Spring’s recently renovated library now includes senior housing and childcare. Montgomery for All says the library’s location near the future Purple Line Metro stop makes it the ideal location.

The signs and chants declared, ‘If not here, where? If not now, when?” In response, a few residents who opposed the idea of building affordable housing in Chevy Chase shouted, “Never!”, “Somewhere else!”, and “This will make it look like Anacostia!”, according to rally attendees.

At one point, the supporters began singing “This Land is Your Land,” but protesters attempted to drown out the singing by talking over it.

“From Chevy Chase to Langley Park and all over the county, we’re working for housing and transit that works for all people—today was only the beginning,” Action in Montgomery tweeted.

How good does it feel to join so many friends and neighbors calling for #PublicLandforPublicGood?! 😄☀️

From Chevy Chase to Langley Park and all over the county, we’re working for housing and transit that works for all people—today was only the beginning. ✨ pic.twitter.com/rfXVznSh8X 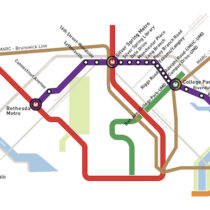 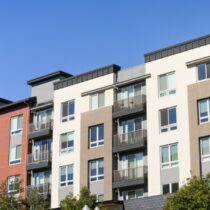