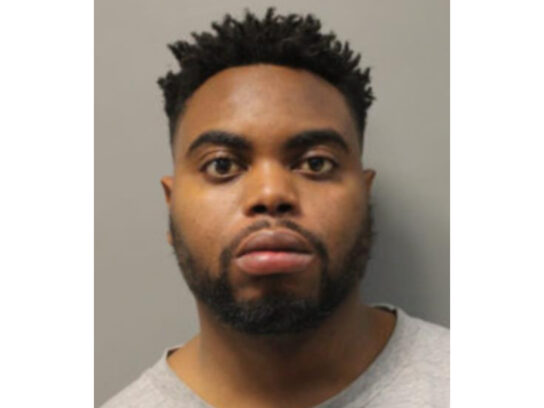 Tomlinson, of Boyds, will not be eligible for parole for 10 years. He also was sentenced to five years of supervised probation following his release. No one was injured in the incident that occurred at 2:15 a.m.

According to court documents, Tomlinson saw a driver collide with his friend’s vehicle that was parked illegally on Mayor Lane. Tomlinson’s friend and the driver of the vehicle got into a physical altercation, and Tomlinson ran down the street, retrieved a handgun and returned to the scene. He then fired nine shots, hitting the vehicle, a street sign and at least five businesses on Bonifant Street, which is one block away from the original incident.

Nearby, there were two crowded nightclubs and multiple people walking, according to court documents.

According to court documents, video from a Tesla parked nearby along with other surveillance video was used to identify Tomlinson.

“When we have a case like this where someone came forward to share evidence and enabled us to hold the defendant accountable for putting lives in danger, it’s a great message. We thank the owner of the Tesla for cooperating with law enforcement and helping to make the community safer,” said State’s Attorney John McCarthy.

According to Montgomery County Police, undercover detectives observed Tomlinson leaving Society Restaurant and Lounge in Silver Spring. He attempted to flee but was apprehended on Jan. 31. Two firearms were found in the vehicle that had been reported stolen in Loudoun County, Va.

Tomlinson also had pleaded guilty to having a firearm when he was prohibited from possessing, according to court documents, video from a Tesla parked nearby along with other surveillance video was used to identify Tomlinson.