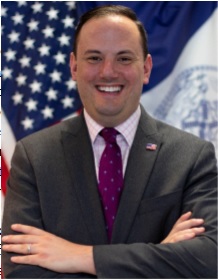 A police spokesperson told MyMCM the department is referring all inquiries to the County Executive’s office.

Facciolo started his position in June 2021. His role as a civilian chief was to help with community-building and serve as a liaison between police and the community, Elrich said. He said he had a number of constructive conversations with Facciolo over the past year.