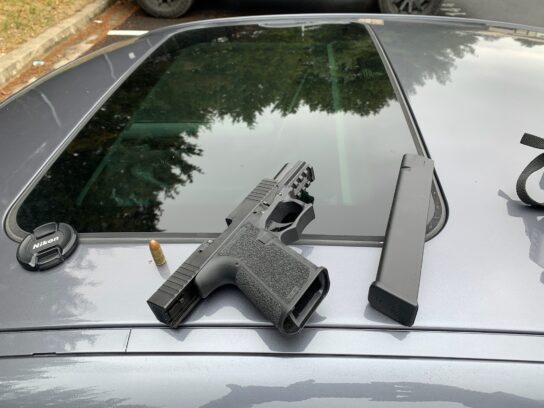 The 16-year old Clarksburg High School student involved in a dispute Wednesday that led to the lockdown of three schools has been charged with multiple offenses, according to a police news release.

The police arrested Nafees Muhammad at his Clarksburg home Wednesday following their investigation of a parking dispute involving a handgun.

Police detectives found three kits used for the production of privately made firearms (PMF) or ghost guns, 9mm ammunition and a safe when they searched Muhammad’s home. The police found a loaded ghost gun with an extended 30 round magazine in Muhammad’s automobile.

Muhammad faces charges of first-degree assault, possession of a handgun, handgun by a minor and use of a handgun in the commission of a violent crime.