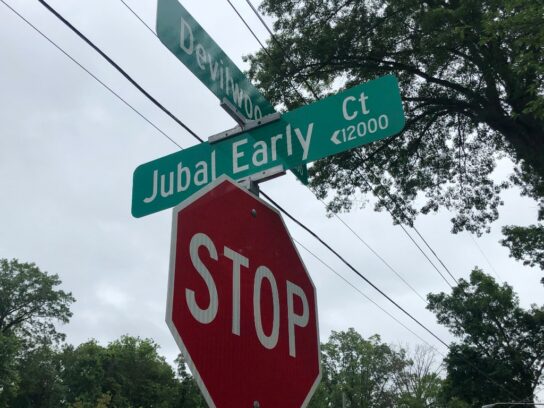 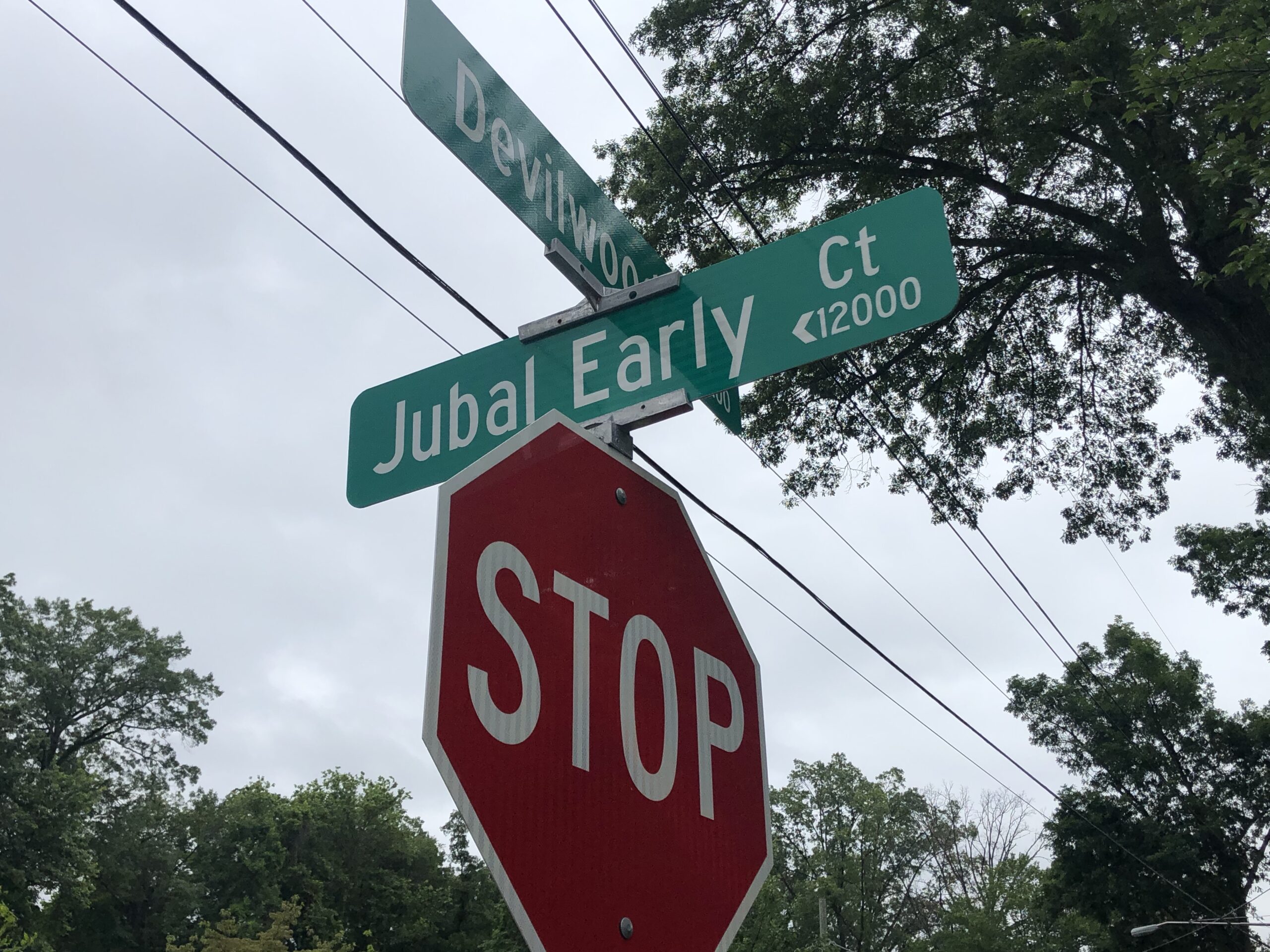 The Montgomery County Council is asking the county to rename all county-owned streets and public facilities that are currently named after Confederates.

“When we name a street or a building, we are not merely reflecting history. We are using our public funding and assets to bestow a high honor. These public tributes should appropriately reflect the entirety of our community and our values,” says a June 15 letter spearheaded by Councilmember Andrew Friedson. The letter is addressed to County Executive Marc Elrich and Planning Board Chair Casey Anderson. It calls for a review to figure out which streets and facilities are named after members of the Confederacy and a public process to rename them.

In an email to MyMCMedia, Friedson said at least four streets in Potomac are named after Confederates and landmarks. The streets are Jubal Early Court, Jeb Stuart Road, Jeb Stuart Court and White’s Ford Road. Most feedback about the initiative has been from residents of the Montgomery Square neighborhood, where these streets are. He said residents strongly support a name change, however some are concerned about having to change their address and other logistical issues.

Jubal Early was a Confederate general. In his memoir, Early said black people were physically and mentally inferior, and would be barbaric if not for slavery.

“The Creator of the Universe had stamped them, indelibly, with a different color and an inferior physical and mental organization… This immense number of people could not have been transported back to the wilds from which their ancestors were taken, or, if they could have been, it would have resulted in their relapse into barbarism.”

“Reason, common sense, true humanity to the black, as well as the safety of the white race, required that the inferior race should be kept in a state of subordination.”

Friedson said these streets were not named around the Civil War period. They were named in the mid-twentieth century, during the Civil Rights Movement.

A letter from the county council to @Marc_Elrich and Planning Board Chair Anderson to rename streets and facilities named after Confederate soldiers.

The renaming process for a street is administered by the county’s Planning Department and involves the community, Friedson said. According to the Guidelines and Procedures Manual for Addressing and Street Naming in Montgomery County, a request for a street name-change must include the following:

“1. A statement indicating how the public interest will be served by the proposed change.
2. A statement indicating the specific problem or confusion caused by the existing street name.
3. A petition including a list of all residences and businesses that would be required to change their address if the street name is changed, as well as signatures affirming their consent to have the street name changed. Corner properties are to be included in the petition request regardless of address, and any property address not accompanied with a signature will be considered opposed to the proposal.
4. Information indicating any historical significance connected to the existing street name.
5. Proof of notification of any citizen/civic or homeowner associations within a 1 mile radius.”

A new name can be suggested in the application. The council wants the Planning Department and county to be more proactive and engaged in the process.

“The Executive Branch and Planning Department have responded that they are looking to work with us on this, but we are still awaiting details as they develop how best to proceed,” Friedson said.

In an email to MyMCMedia, Planning Board Chair Casey Anderson said “We are going to develop a plan for a comprehensive assessment of street names and naming policies to respond to the Council’s request as soon as possible.”

Anderson said it’s hard to say how complicated the process will be.

“The Confederacy fought to protect the institution of slavery and committed treason against the United States. Public streets and facilities honoring Confederate figures simply have no place in Montgomery County.”