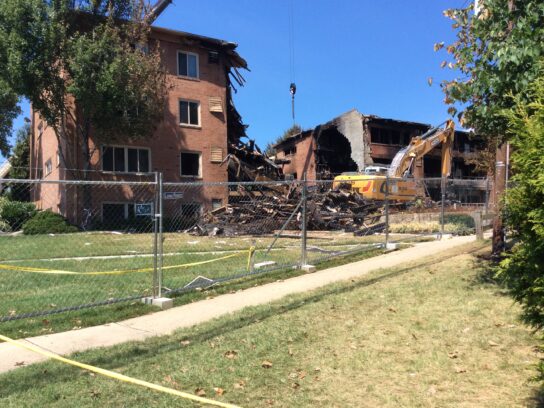 Montgomery County councilmembers updated wording on a bill designed to rid the county of indoor mercury service regulators, which were ruled the cause of a deadly fire at the Flower Branch Apartments in Silver Spring in April 2016.

Monday morning, members of the Planning, Housing and Economic Development Committee changed the bill’s wording to include all multifamily dwelling structures that were built prior to Jan. 1, 1968. It does not apply to condominiums.

Landlords are responsible for proving Washington Gas with information on where any mercury service regulators are located and also informing tenants of the information, under the bill. The landlords must schedule the immediate replacement of these regulators. Washington Gas then must replace the older, dangerous regulators with safer, more modern spring-loaded ones, according to the bill.

The Montgomery County Department of Housing and Community Affairs will keep a record of all reported locations.

Almost five years ago, seven people were killed, dozens injured and hundreds displaced following a gas explosion and fire at the Flower Branch Apartments. About three years after the tragedy, the National Transportation Safety Board (NTSB) blamed the gas explosion and fire on the failure of an indoor mercury service regulator that was not connected to a vent and thus allowed natural gas to build up in the basement of an apartment building.

“Clearly too much time has already passed since the tragedy that happened at Flower Branch,” said Council President Tom Hucker, who urged his fellow councilmembers to “get these replaced as quickly as possible.”