Despite heavy rains, the city of Gaithersburg’s fireworks display went on as scheduled Saturday night. The fireworks — part of Summerfest at Bohrer Park — were delayed by about 30 minutes due to the storms.

PS: those who stayed through two storms during, and one after, Summerfest got a heck of a fireworks show! 🇺🇸 They earned it… pic.twitter.com/bvFmMLhFhp

Fireworks displays in Rockville and Germantown take place on July 4 at 9:15 pm as does the annual show on The Mall in Washington D.C. which begins at 9:09 pm.

Fourth of July Fireworks are Back After Two-Year Hiatus 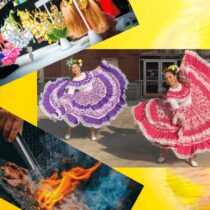