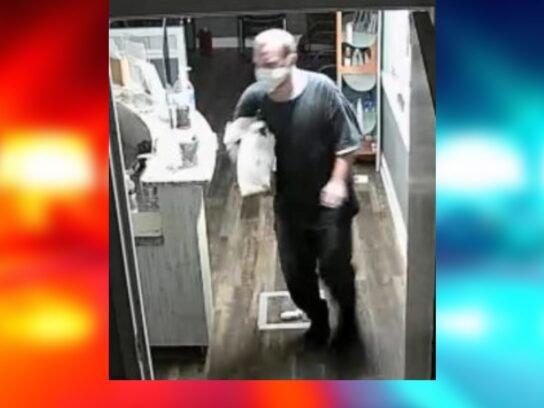 Detectives with the Montgomery County Police Department are investigating a burglary at a doctor’s office in Germantown.

Police say it happened on September 19 at the Greater Washington Advanced Podiatry office located on the 19000 block of Doctors Drive.

The next day, an employee who was opening the office discovered the burglary’s aftermath and called authorities. A review of office surveillance video revealed that at approximately 7:30 p.m. the previous evening, the male suspect forced entry into the office and stole property before fleeing.

MCPD released surveillance video of the suspect and is asking the public for help in identifying him:

Anyone with information regarding this burglary is asked to call the 5th District Investigative Section at 240-773-6237. Those who wish to remain anonymous may call Crime Solvers of Montgomery County toll-free at 1-866-411-TIPS (8477). Tips may also be submitted online here.

Crime Solvers will pay a cash reward of up to $10,000 for information that leads to an arrest in this case.