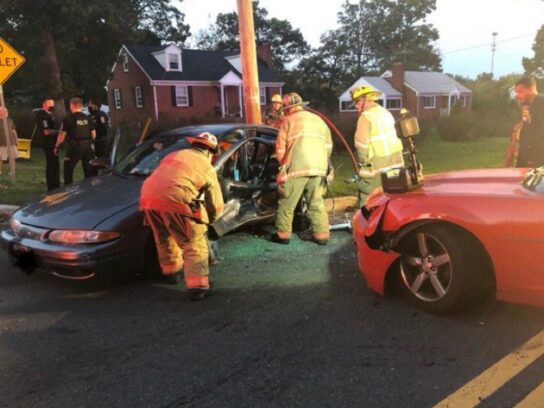 Two vehicles collided Thursday at the intersection of Spencerville Road and Santini Road in Burtonsville around 6:30 p.m., according to a tweet by Montgomery County Fire and Rescue Service Chief Spokesperson Pete Piringer.

Piringer said one of the drivers was pinned inside their vehicle for almost 15 minutes while rescue service personnel attempted to take the driver out of the car. The patient is considered a trauma patient, but the condition of both drivers is currently unknown.

The police currently do not have further information as to why or how this collision occurred.