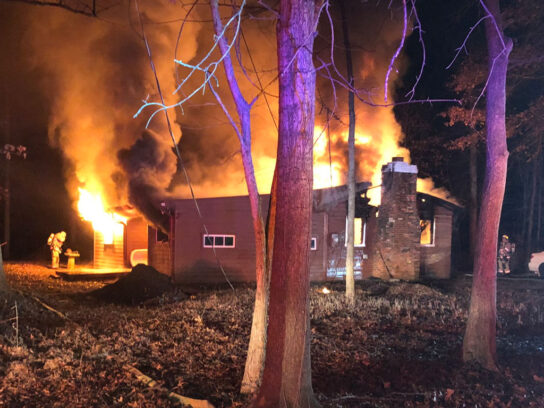 Two people were displaced on Sunday after a fire at a home in Poolesville. The home is located on the 16000 block of Bud Road between Fisher Road and Hughes Road.

According to Pete Piringer, spokesperson for Montgomery County Fire and Rescue Services, the fire started around 6:45 p.m. and the occupants were not home.

Firefighters were able to contain the fire and Piringer said the fire was caused by structure instability. He also noted that the exterior fire patterns were consistent with a possible issue related to a wood stove.

Overall, the fire caused $350,000 worth of damage and two people were displaced from their home. Firefighters will return to the neighborhood on Monday for their “After the Fire” presentation.