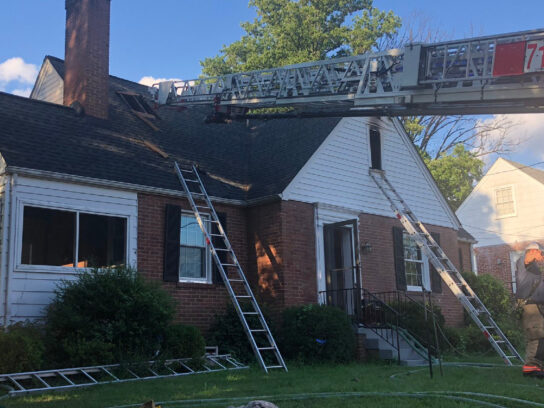 No one was injured Wednesday night but a home was badly damaged by a fire that appeared to have started in the walls on the second floor, according to Pete Piringer, spokesperson for Montgomery County Fire and Rescue Services.

Dozens of firefighters helped put out the fire on Stirling Road in the South Four Corners section of Silver Spring when the temperature surpassed 90 degrees and the humidity made it seem much higher.

Firefighters broke through the roof and upstairs windows to put out the fire.