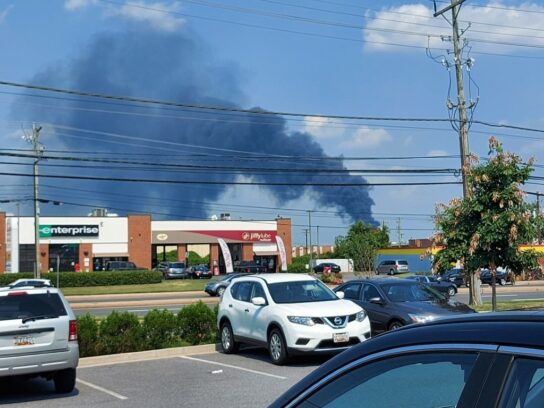 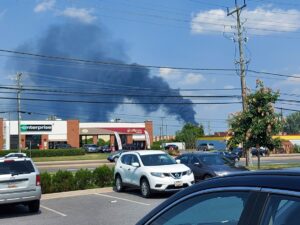 MCFRS responded to the 15100 block of Southlawn Lane after debris, junked cars, tires and part of a commercial storage building caught fire. A front-end loader lifted a vehicle and saw fire, Piringer wrote on Twitter late Tuesday. It is probable that a spark ignited leaking fuel. Gas is normally drained from the vehicles, he said, but the origin vehicle had just arrived at the location from an auction.

Units were dispatched around 3:30 p.m. to the 15100 block of Southlawn Lane, MCFRS Chief Spokesperson Pete Piringer said. As of 4:18 p.m. MCFRS said the fire was knocked.

Piringer said Southlawn Court at Southlawn Lane is closed for an extended amount of time. Drivers should seek alternative routes, he said.

There were no reported injuries.