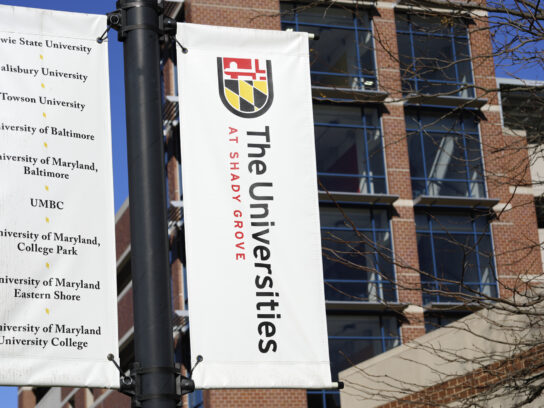 Students who are the first in their family to attend college gathered at the Universities of Shady Grove Tuesday to network and learn ways to help them succeed.

For 90 minutes, they heard what programs were available for them, including Achieving Collegiate Excellence and Success, and the importance of networking.

Annie Foster, the director at Shady Grove’s Center for Academic Success who came to America from Guatemala, advised students to work hard to achieve their potential. Don’t be discouraged by people who say it’s better to get a job and start making money, she said.

She recalled going to the library to look up names of colleges and majors to plan her future. Some attendees spoke of having support from their parents, but little information. They did not know how to fill out financial aid forms, how to choose a college or how to pay for their secondary education.

He noted that many students have support from family members who have attended college in the past, and “We want to make sure everybody has that support system.”

Noted one attendee, “When you don’t have mentors, leaders, it can be tough.” He suggested first generation students connect with as many people as possible.

Remember, said one Montgomery Blair High School graduate, “There is always a way. If this door closes, you go around.”

When asked about what they wish they had known before beginning their freshman year, one student talked about dealing with isolation. Others talked about the stress of working full time during exams and not fitting in or having the right clothes to wear.

Financial barriers are the number one reason first generation students don’t end up graduating, according to Universities of Shady Grove.