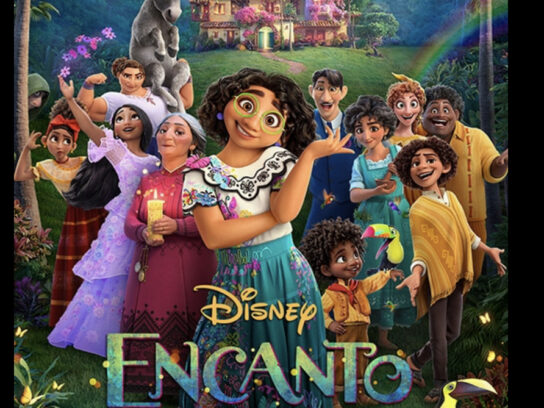 The movie won the Oscar for Best Animated Feature, beating out Flee, The Mitchells vs. the Machines and two other Disney animated features Luca and Raya and the Last Dragon.

I don't know about you, but the headline for me at the #Oscars was Gaithersburg native @thejaredbush winning an Academy Award for writing & co-directing Encanto. Making us proud!!! 👏👏👏🌟 @GburgMD @comicriffs

Bush, 48, said he was thankful and glad to celebrated along with La Familia Madrigal. The film itself centres on the Madrigals – a family who live hidden in the mountains of Colombia in a charmed place called the Encanto.

So much to be thankful for tonight, but the best was celebrating with La Familia Madrigal. Beyond grateful for all those who helped create #Encanto – and all the fans who found themselves in our story. We share this with you! ❤️ @DisneyAnimation @EncantoMovie #Oscar pic.twitter.com/kiU9eBO4Cu