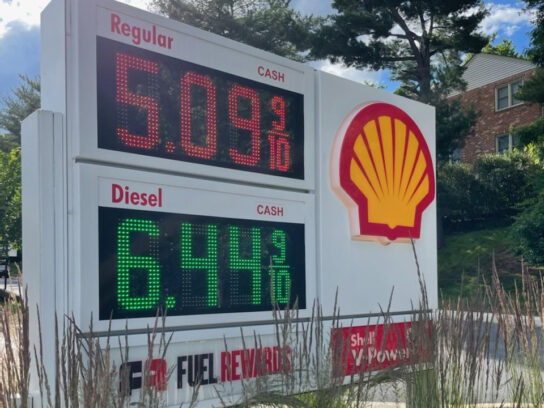 As gas prices continue to climb throughout the country, the average cost per gallon in Montgomery County has also risen, now at a whopping $5.11, according to findings by AAA.

The soaring costs come as gas prices continue to hit record highs, with both the state and national averages marking a new record for the largest amounts ever registered.

Even more, prices have not shown signs of slowing down. In Maryland alone, the average cost of gas in the state rose nearly 60 cents within the last month, according to AAA.

In the current episode of “21 This Week,” the panel discusses how this affects residents in the county.