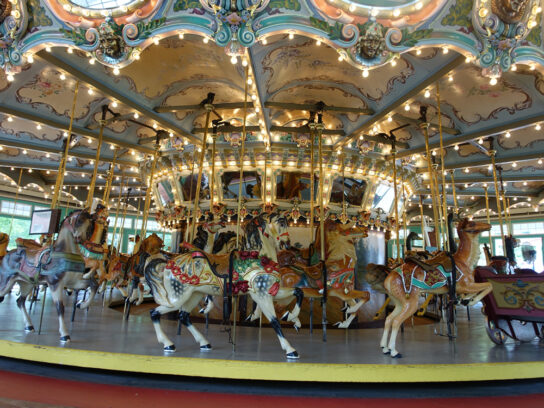 The historic Dentzel Carousel and nearby buildings in Glen Echo Park were vandalized April 12.

Shortly after 11 a.m., members of the park staff noticed damage to the carousel, which has been closed for refurbishing since July 2019, according to Aaron LaRocca of the National Park Service.

While no carousel animals were harmed, windows and doors were broken and the artistic covering to the carousel was damaged. The other structures included the aquarium and arcade, according to LaRocca.

The park, which is located at 7330 MacArthur Boulevard, is closed to visitors during the pandemic but some art classes and program are continuing online.

A Carousel Carnival Gala in the Park was planned for mid-May to welcome the return of the carousel, but that date is tentative due to state-ordered closures of non-essential businesses.