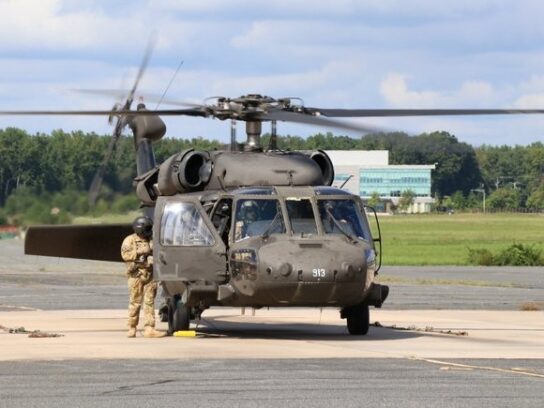 Today I authorized the deployment of members of the Maryland Helicopter Aquatic Rescue Team (MD-HART) of the @MDNG to North Carolina to assist in potential rescues from the effects of Hurricane Dorian. pic.twitter.com/SzldRUsUPv

“As we continue to track Hurricane Dorian, we are committed to providing needed resources and assistance to our neighbors to the south, while taking every precaution ahead of the storm’s potential impact on the Lower Shore and St. Mary’s County,” Hogan said.

MD-HART plans on being in North Carolina for 14 days, but that may change based on how much damage Dorian causes.

“They’ll stay down there as long as we need them,” said Quentin Banks, a spokesperson for the Maryland Military Department in Baltimore.

Marylanders may feel the effects of Hurricane Dorian, too. The National Weather Service issued a Tropical Storm Warning on Thursday for Dorchester, St. Mary’s, Somerset, Wicomico and Worcester counties. In his press release, Gov. Hogan said to “prepare for strong winds and flooding.” On Friday, the outer bands of the storm neared Maryland’s coastline in Ocean City. The warning is still in effect.

In 2018, MD-HART went to North Carolina for Hurricane Florence relief.