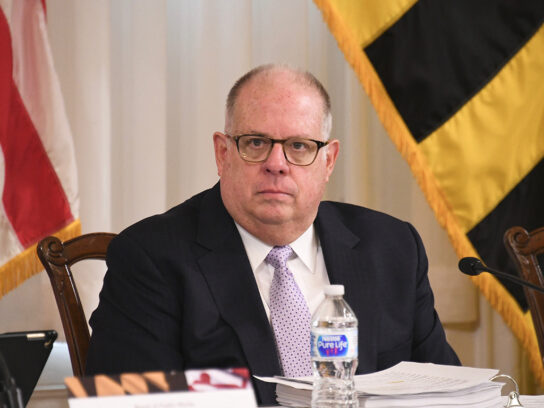 Gov. Larry Hogan, in a recent interview, said that he supports an impeachment inquiry of President Donald Trump.

In an interview for PBS’s “Firing Line,” Hogan said “I think we do need an inquiry because we have to get to the bottom of it. I don’t see any other way to get to the facts.”

The interview, taped on Thursday night, will air in its entirety on Friday.

Hogan is the third Republican governor, along with the governors of Vermont and Massachusetts, to say they support an investigation of the current allegations against Trump.

In an excerpt from the show, host Margaret Hoover pushes Hogan on who he will support in the 2020 presidential election.