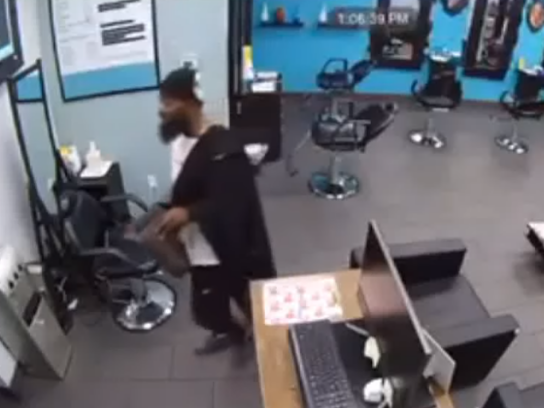 Detectives with the Montgomery County Police Department are investigating an assault that took place inside a brow salon at Westfield Wheaton Mall.

On October 1, police say three adult females who work at the Brow Art Salon located inside the mall were approached by the male suspect at the front counter. During the interaction, surveillance video shows that the suspect forced the two victims into a rear storage area of the store where the third victim was working.  The three victims struggled with the suspect and were eventually able to flee from the store. A press release states that the suspect fled before police arrived on the scene.

The suspect is described as an African American male who is approximately 6-foot tall with a medium build and a full beard and mustache.  The suspect was last seen wearing a black ball cap with a white skull printed on it, a black jacket over a white shirt, black jogger pants, and gray shoes.  The suspect was also carrying a pair of brown shoes.

Anyone with information regarding this suspect is asked to call the 4th District Investigative Section 240-773-5530. Those who wish to remain anonymous may call Crime Solvers of Montgomery County toll-free at 1-866-411-TIPS (8477). Crime Solvers will pay a cash reward of up to $10,000 for information that leads to an arrest in this 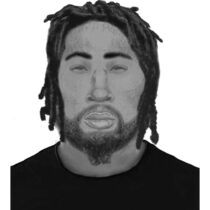