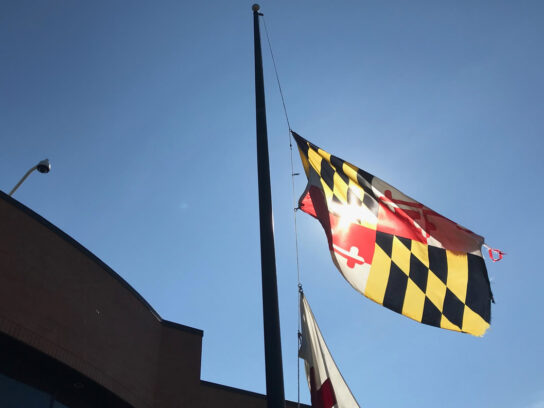 Maryland flags across the state will be lowered to half-staff in memory of Wicomico County Executive Bob Culver, Governor Larry Hogan announced. Culver passed away on July 26 after a monthslong battle with liver cancer.

Culver, 67, had served as County Executive since 2014 after joining the county council in 2010. In a Facebook post, Culver’s family said he died peacefully in his sleep after fighting a “courageous battle” with cancer.

I have ordered Maryland flags to be lowered to half-staff to honor the life and memory of Bob Culver, County Executive for Wicomico County. It will be raised to full-staff at sunset on the day of his interment. We continue to keep his loved ones in our prayers. pic.twitter.com/sf2kU8Nrc2

Hogan tweeted on Sunday that he was deeply saddened by the passing of Culver and wrote that he was keeping Culver’s family in his prayers.