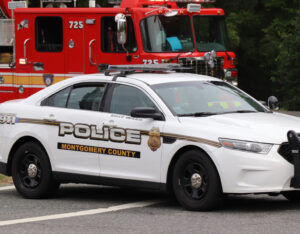 Black men in Montgomery County were three times as likely as white men to get a traffic violation in 2019, the Montgomery County Office of Legislative Oversight (OLO) reported along with other disparities in policing.

The July 21 report found that Latino men were almost twice as likely as white men to get a traffic violation in 2019. Also that year, 27% of Black adults experienced a traffic stop, versus 14-17% of white and Latinx adults. While Black people are about 18% of the county’s population they accounted for 55% of use of force cases in 2018. Black people experienced 32% of traffic stops in 2018 and 44% of arrests in 2017.

“While disparities do not prove biased policing, they signal that unconstitutional policing could be a problem that merits investigation,” the report reads.

The OLO findings focused on reviewing and evaluating police data and policing practices. The office pointed out several elements within the Montgomery County Police Department’s (MCPD) data collection that does not align with best data practices. The OLO made six recommendations for the police department.

MCPD doesn’t have an electronic database of criminal and civil citations that would make monitoring disparities possible, the report found. The OLO said that MCPD should build the capacity to use its data to practice “constitutional and community policing.” MCPD detention data does not track street stops/stop and frisks unless they end in arrest, citation or summons. So, the OLO recommended that MCPD report data on street stops/stop and frisks and field interviews, and that the county council define “detention” to include all stops, searches, citations, arrests and use of force.

The OLO found that there are three areas where MCPD data “at least partially” aligns with best practices: detentions by race/ethnicity for traffic stops, violations, searches, arrests and use of force, differentiating between police-initiated and civilian-initiated contact and police complaints.