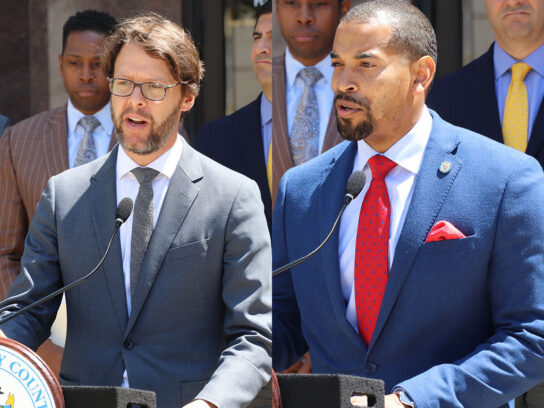 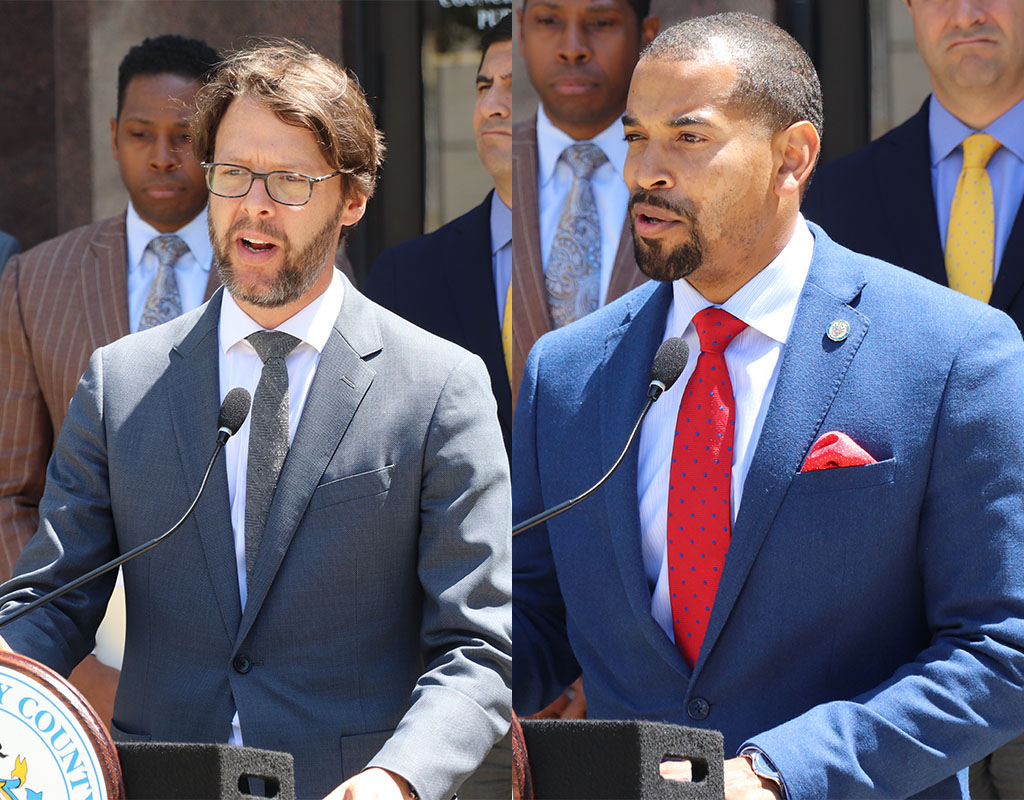 Two Montgomery County councilmembers said they planned to introduce a bill in the next six weeks that would dismantle the school resource officer program. Under this program, police departments in the county place officers in the schools and allow them to respond to school-based incidents.

Councilmembers Will Jawando and Hans Riemer attended a MoCo Defund the Police Campaign rally in Silver Spring Oct. 17, where they shared their legislation plan and heard from students about their thoughts on the SRO program. The rally was organized by several activist groups, including Progressive Maryland, ACLU of Maryland and Young People for Progress.

Jawando said the SRO program started in response to mass shootings and violence in schools. He believes it had good intentions of trying to improve police community relations and also address those issues. Jawando said, however, it was not thought through, and it has not been evaluated.

“It’s just not a proper use of a law enforcement function in my view. There are so many things that our kids need, and the school is supposed to be a safe, welcoming and nurturing environment,” Jawando said in an interview with MyMCMedia. “Our kids need access to caring adults, therapists, mental health professionals, counselors and nurses. These are all areas where we have significant challenges with the ratios. We have one of the worst nurse to student ratios in the country.”

While the bill would ban SROs in Montgomery County schools, Jawando and Riemer are also working on adding a special appropriation to the bill that recommends using the $3 million SRO program fund to hire more mental health professionals, nurses and provide more training for security staff in restorative justice and crisis intervention.

Jawando said law enforcement in schools disproportionately targets students of color and low-income communities. The Maryland State Department of Education reported that 163 Montgomery County students were arrested on school premises during the last school year. Forty-five percent of those students arrested were Black although they make up about a fifth of the student body.

According to Jawando, many students who spoke at the rally said after all the social unrest and everything that has been happening around the world this year, seeing an armed police officer when they go back to school will be traumatic and triggering.

“I think [the SRO program] is not the proper tool. It’s not fair for police officers to try to make them into something they’re not. They’re not trained counselors, crisis intervention nor therapists,” Jawando said. “They are law enforcement officers and that’s their primary function.”

OMG!!! @willjawando and @hansriemer announce that they are introducing a bill to remove SROs from schools! YES!!

In a late July county council meeting, Jawando proposed an amendment to the county’s savings plan that would have removed 12 of the 23 active school resource officer positions and reassigned them to other areas and duties of the police department. But it was shot down by a 5-4 vote. The five county council members who voted against the removal of SROs said they would like to wait for the county’s Board of Education and superintendent’s input to make the final decision on the matter.

Deciding which activities the police should be engaged in is under the purview of the county council, not the school board, said Jawando. He said the budgetary funding for the SRO program is not paid for by the school system but instead comes out of the police budget. Therefore, he said, the school board should not be the one to make this decision.

Any recommendation from the school board will most likely occur in January or February when they reconvene, which aligns with the period when the county council will be considering legislation. Jawando, who is on the council’s education committee, said he cares about what the school system thinks and is talking with school board members.

“This is not about specific officers, and whether they are good or bad people. I know many of the SROs. They are good people, and they care about the kids and students,” Jawando said. “This is about what is the best use of our dollars from a budgetary standpoint. Research clearly shows us that nurses, counselors, therapists and highly trained people in restorative justice and crisis intervention are better tools for our students.” 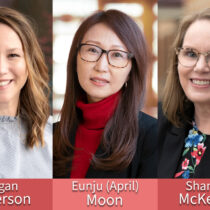