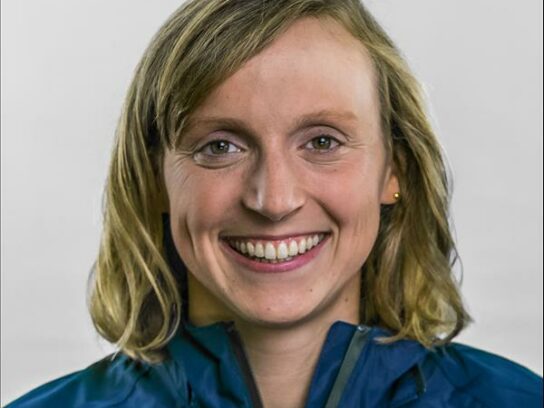 Katie Ledecky gave it everything she had on Monday morning in Tokyo (Sunday night in Montgomery County), turning in the second-fast performance in the women’s 400-meter freestyle of her career as she tried to repeat as the event’s gold medalist.

But the Bethesda resident and Stone Ridge School graduate’s sixth career gold medal will have to wait until the middle of the week, because Australian Ariarne Titmus – widely considered Ledecky’s top challenger in the race – notched the best 400 freestyle of her career. Titmus came from behind, catching Ledecky at the last turn and winning gold with a time of 3 minutes 56.69 seconds.

Ledecky finished in 3:57.36 to win the silver medal – the first time that she was beaten in an individual Olympic race.

This finish between Ledecky and Titmus was nothing short of electric ⚡️

“At 300, I saw she was right there and it was going to be a fight to the finish,” Ledecky said in an interview with NBC on the pool deck following the race. “I wanted to give it all I had. I fought tooth and nail, gave it my all. I can’t be disappointed with that – it was a good time for me. Awesome swim by her.”

Not to be missed was the reaction of Titmus’s coach.

Ledecky next will swim later Monday in the 200 freestyle preliminary heats. Her next chance to win gold comes Wednesday with the 200 and 1500 freestyle finals.

🇺🇸 ProDawg Andrew Wilson ties for sixth in the men's 100m breaststroke final with a time of 58.99!#OlympiansMadeHere | #GoDawgs 🐾 pic.twitter.com/2FkId7gWWP