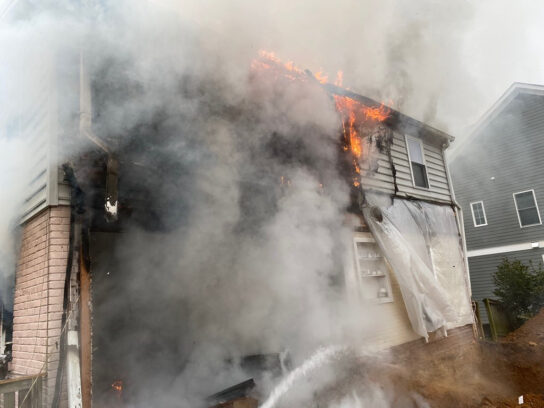 A family of four – two adults and two children –  has been displaced from their home in Kensington after a fire on Tuesday, according to Pete Piringer, the spokesperson for Montgomery County Fire and Rescue.

Piringer said on Twitter that the fire originated in the basement and extended into the second floor and attic of the family’s two story house in the 4200 block of Colchester Dr. in Kensington.

The damage to the home is significant, according to Piringer, there’s around $300,000 worth of damage in total.