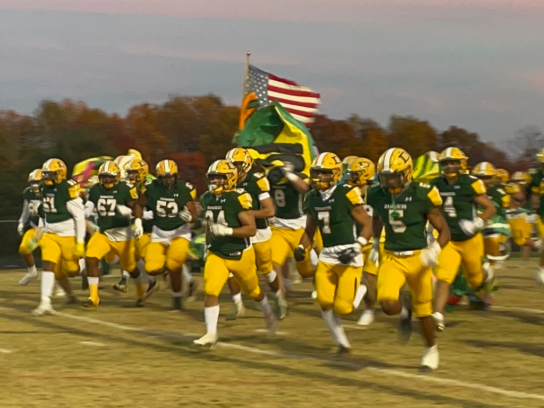 Quince Orchard is looking to win their second straight class 4A title after finishing with a perfect 14-0 record in 2021. This is the Cougars’ sixth semifinals appearance since 2016. They are 4-1 over that span. The Cougars will face the Broadneck Bruins (10-1) at home Friday at 7 p.m.

The Cougars have won 25 straight games dating back to the 2021 season opener but head coach John Kelley told MyMCM “it’s hard to stay on top” and that he has to constantly remind his players that the games will get harder each week. “We’re going to get everyone’s best shot. The margin for error in the playoffs is that much smaller” he said.

Kelley added that despite many blowout wins, it’s not as easy as his team has made it look the last two seasons. “People take for granted what we’ve been able to accomplish,” he said.

Led by star running back Dillon Dunathan, Damascus has won seven straight games heading into their semifinal matchup against River Hill (10-1). Damascus last won the class 3A state championship in 2019. 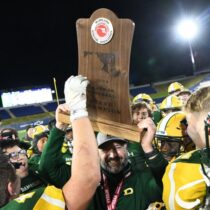