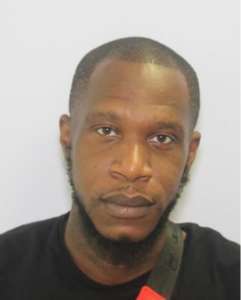 Police arrested and charged a man for shooting during an argument with a group of people in Silver Spring.

Elliott George Patterson, 34, of Silver Spring was charged for the Sept. 6 incident, according to a release from the Montgomery County Police Department (MCPD). At about 4:12 p.m. that day, officers responded to the 1900 block of Treetop Lane for a reported shooting. They talked to a witness who said they heard arguing. According to police, the witness said they looked out their window and saw a white Infiniti SUV and a group of young males and females standing around the SUV. The witness said they saw a male suspect—later identified as Patterson—and a female arguing with the group. Patterson pulled a gun out of his bag and the female intervened and “smacked the gun” out of his hand, police wrote. Patterson picked it up and fired a round toward the group of people.

Everyone fled and police said no victims were located. Shortly after, the SUV came back to the scene and occupants told police they were victims of the earlier shooting. They said they saw the suspect driving a black Hyundai Sonata. Officers found the car in the area and determined it was registered to Patterson, who witnesses identified as the suspect.

On Sept. 10, officers conducted a traffic stop on a black Hyundai Sonata and identified Patterson as the driver. They recognized him and the car from the shooting four days prior. Patterson consented to have the car searched and police found a handgun that matched the description of the gun from the shooting. Officers arrested Patterson.

Per police, he is charged with multiple counts of first-degree assault and reckless endangerment and firearms-related charges. He is held without bond.

Detectives ask anyone with information to call the 3rd District Investigative Section at (240) 773-6870. Callers can be anonymous.