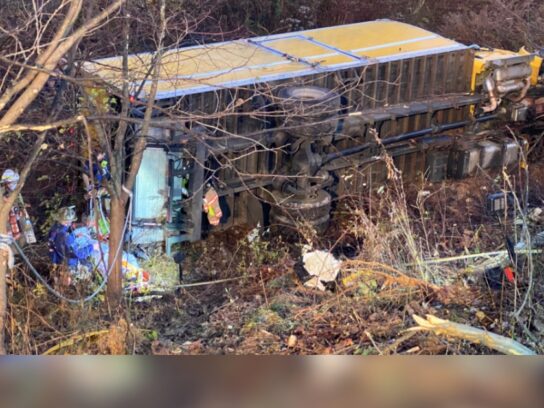 A man succumbed to his injuries after a two-vehicle crash in Gaithersburg on Tuesday morning.

Montgomery County Fire and Rescue officials say emergency crews responded to Shady Grove Road between Epsilon Drive and Briardale Road near Crabbs Branch Way around 5:45 a.m. for the report of a crash involving a box truck and a sedan.

The driver of the sedan was trapped inside the vehicle, where he succumbed to his traumatic injuries.

MCFRS officials say the box truck went off the road and down a wooded embankment where it flipped over. The injured driver was extricated and transported to a local hospital with serious but non-life-threatening injuries.

Some roads and ramps in the area were closed. Montgomery County Police continue to investigate this crash.

Updates posted as info is confirmed.