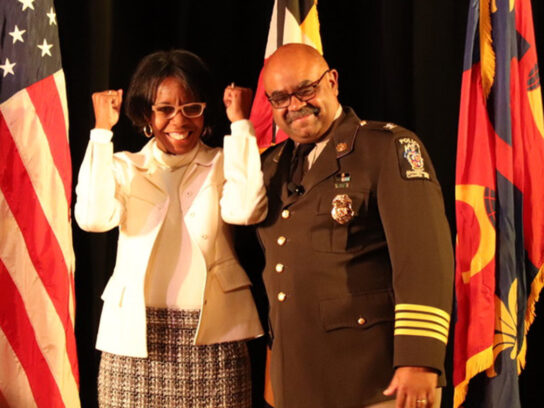 At his swearing in ceremony on Friday evening, Jones was joined by family, friends, and the police community at Gaithersburg High School to celebrate his accomplishment. Jones said taking the oath at Gaithersburg High was particularly special, because his three children all graduated from the school.

Jones has been a veteran of Montgomery County Police Department for more than 30 years, and worked closely with Manger. Manger—who, in May, endorsed Jones as the next police chief—said he was thrilled to see Jones sworn in.

“I know that he’s the right person for the job and he’s going to make everybody proud of the work that he does,” Manger said.

Here are some tweet highlights from Chief Jones’s swearing in ceremony.

THREAD: I’m at the Chief of Police swearing in ceremony for Marcus Jones. pic.twitter.com/21hLuMncXd

“Chief Jones is the right person to continue to guide it and lead it forward to where improvements must be made.” pic.twitter.com/EoEwWdyE8W

Jones says love is what helps guide him to serve the community. pic.twitter.com/1OxUwKaUkC

The swearing in ceremony is at Gaithersburg High School, which is special to Chief Jones because his three kids graduated from the school. pic.twitter.com/59PRMGvLaY 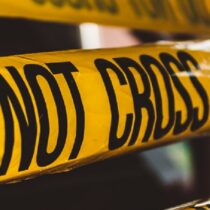