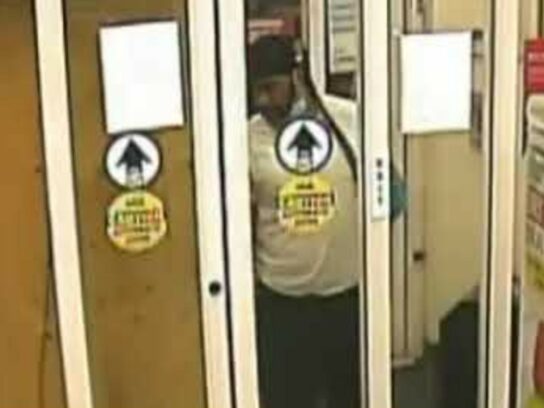 Detectives of the Montgomery County Police Department (MCPD) are continuing to investigate the burglary of a CVS Pharmacy in Germantown. At about 11:36 p.m. on June 25, officers responded to a burglary alarm caused by forced entry through the CVS’ vestibule.

Surveillance video shows that the male suspect tried to gain entry into the store’s main doors, but he left after failing to do so.

The CVS Pharmacy is located at 19901 Frederick Road.

On Wednesday July 15, the MCPD’s 5th District Investigative Section released the surveillance video to the public in hopes of receiving help to identify the suspect.

MCPD is asking anyone with information about the burglary or suspect to call the 5th District Investigative Section at 240-773-6237. People who wish to remain anonymous can call Crime Solvers of Montgomery County at 1-866-411-TIPS (8477). Tips can be submitted online here. Crime Solvers will offer a cash reward of up to $10,000 for information that leads to an arrest in this case.

I'm a Summer 2020 Intern and have the most fun writing about events taking place in my community, but I'm happy to write about anything as long as I have the right information.