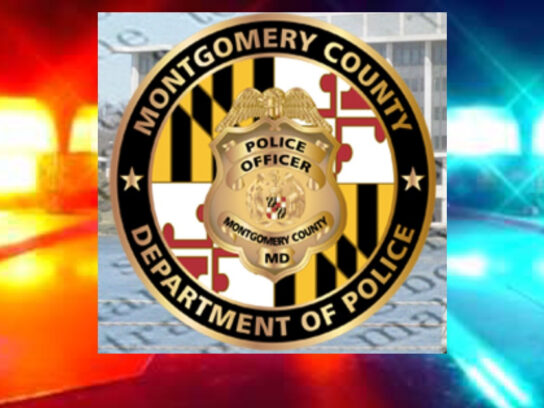 Officers with the Montgomery County Police Department helped save a man’s life after a stabbing in Silver Spring in June. Details were revealed in an MCPD press release on Wednesday.

“We are proud of these highly trained officers who, without regard for their own safety during this ongoing pandemic, provided immediate care that saved a life. The officers also placed a dangerous criminal under arrest,” said MCPD Captain Darren Francke.

On Sunday, June 28, shortly after 4:30 a.m., officers responded to the 2800 block of Mozart Drive where they found an adult male unresponsive in the parking lot of a townhome community. Police say the man was suffering from apparent stab wounds and was bleeding profusely.

Responding MCPD officers Justin Lee and Addison White immediately began to administer lifesaving measures to the victim. According to the MCPD press release, officer Lee applied a tourniquet in an attempt to stop the arterial bleeding in the victim’s upper arm. Both officers then applied an occlusive dressing – which is similar to a medical gauze – to the stab wound in the victim’s chest. Fire and Rescue personnel arrived at the scene and continued medical care. The victim was transported to a local hospital with severe injuries and has since been released.

With help from witnesses at the scene, police identified the suspect as 34-year-old Marvel Alston of Washington, D.C.

After fleeing the scene, Alston was contacted via cell phone and persuaded to return where he was arrested. After further investigation, officers determined that Alston and the victim had a dispute in a home on Mozart Drive. During the altercation, Alston stabbed the victim multiple times. The knife was located inside the residence.

Alston was transported to the Central Processing Unit and was charged with first-degree assault.

Today, MCPD released the body-worn police camera video from the incident. Warning, this footage may not be suitable for everyone. Viewer discretion is advised:

**WARNING: This footage may not be suitable for everyone. Viewer discretion is advised.