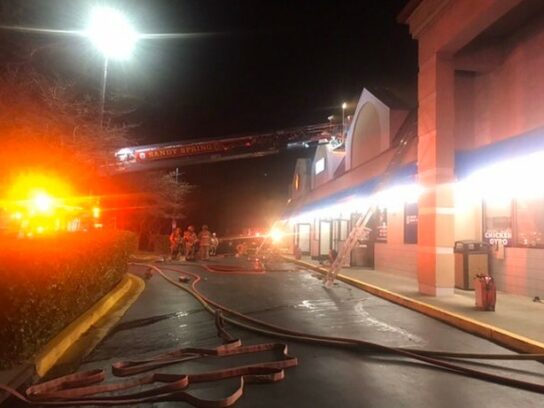 A fire in the kitchen area of the Chicken Basket restaurant on Norbeck Road in Rockville caused several businesses to close, according to Chief Spokesperson for Montgomery County Fire and Rescue Service (MCFRS) Pete Piringer. There were no injuries.

Around 10 p.m. Monday, an automatic alarm called MCFRS to the scene, and firefighters saw smoke in multiple locations. They found a fire in the vent and duct work of the kitchen area at Chicken Basket. There was also smoke coming from The Big Greek Cafe on Norbeck Road.

In April 2019, there was a fire at the Chicken Basket on North Summit Avenue in Gaithersburg. There were no injuries.