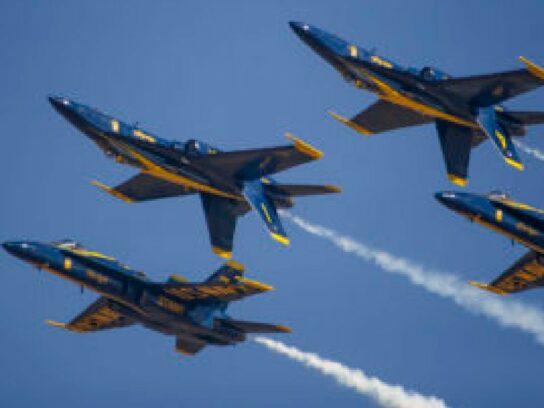 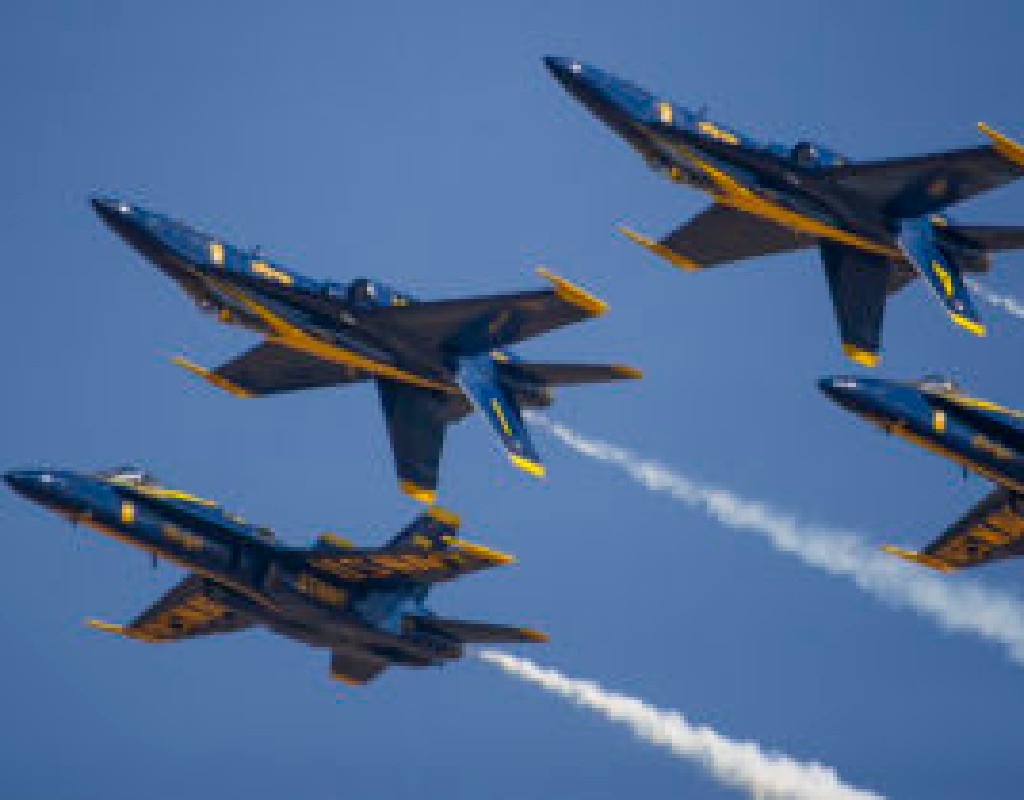 The U.S. Navy and U.S. Air Force have embarked on a multi-city flyover tour “in a show of national solidarity” in support of frontline responders, the two services wrote in a joint email.

A crowd of first responders, hospital workers and neighbors had gathered at the hospital in Bethesda Saturday morning to watch the Navy’s Blue Angels and Air Force’s Thunderbirds, but the aerial show never took place due to bad weather.

The flyovers are to take place over cities that have been hit hard by COVID-19.

“We’re excited to fly over cities across America as our way of saying thanks to the healthcare workers, first responders, and all the people who selflessly run into the breach working to keep America strong,” said Gen. Dave Goldfein, Chief of Staff of the Air Force, and Adm. Michael Gilday, Chief of Naval Operations.

“This is also our way of showing that we are all in this together and that America’s spirit will prevail,” they said about America Strong.

The flyover’s destination will be announced within two days of the actual event. No date is listed for the Washington, D.C. area flyover.

They are scheduled to flyover New York City, Newark, Trenton and Philadelphia Tuesday.

The air show will continue every one to two days until the middle of May.

The two services said they have partnered with local governments and the media to make sure any observers would still practice social distancing guidelines.

America Strong has two goals, according to the news release from the two services. The first is to support healthcare workers, first responders, military and essential employees who are helping fight against COVID-19.

The flyovers also are important training requirements for pilots, who must execute a set number of flight hours to maintain proficiency. With some of their previously scheduled flyovers cancelled, it would have been difficult to meet these requirements, according to the news release, which noted, “These flyovers will incur no additional cost to taxpayers.”

A formation of six F-16C/D Fighting Flacon and six F-18C/D Hornet aircraft will perform the flyovers.