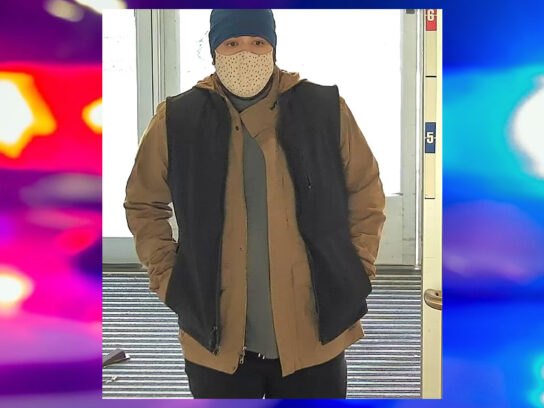 Detectives are investigating the Nov. 19 armed robbery of a bank in the 2600 block of University Blvd. West in Wheaton, according to a Nov. 24 press release. The Montgomery County Police Department has released surveillance photos of the male suspect and are requesting the public’s help in identifying him.

According to the press release, 4th District officers responded to the scene at approximately 11:33 a.m. Bank of America employees said the suspect entered the bank and requested to speak with a manager. When the manager arrived, the suspect drew a handgun and demanded money before firing one round into the floor of the building.

The manager then went behind the teller counter to gather money for the suspect.  Before fleeing the bank, the suspect fired another round into the wall. No one was injured during this incident.

Detectives urge anyone with information regarding this suspect or this crime to contact the Major Crimes Division at 240-773-5070.