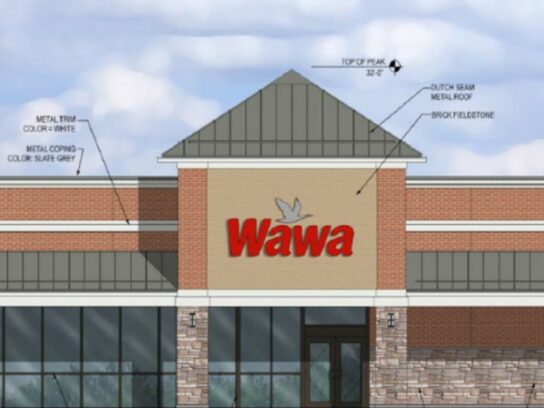 The City of Gaithersburg’s council has approved plans to build a 5,000 square foot Wawa store across from Gaithersburg High School, on a 1.83-acre site at 405 S. Frederick Ave. This would be the first ever Wawa in Montgomery County.

Several Gaithersburg residents testified at a hearing in August and expressed opposition to the plan, citing concerns about the Wawa’s impact on pedestrian safety, the environment, and traffic.

Now onto a policy discussion for a resolution granting approval of the Schematic Development Plan for the proposed @Wawa location on S. Frederick Ave. across from Gaithersburg High School. Learn more about this project here: https://t.co/CV39rccMEg pic.twitter.com/9KofrVnXiZ

On Monday, the city council voted 4-1 to approve the project. Before the vote, several Gaithersburg residents testified raising similar concerns from the August hearing—but their testimony occurred after the record was already closed.

Council Member Ryan Spiegel said he saw it as his role to determine whether Wawa’s met the requirements to pursue the project.

“In my view, respectfully, it does,” said Spiegel.

The Wawa application was approved last night. @Wawa is coming to @GburgMD https://t.co/trYGkZwLwS

Council Member Michael Sesma voted in favor of the proposal but still had some reservations.

“I’m still concerned about the traffic analysis and the queuing […] particularly in the morning when people, in order to get into the Wawa, who are going Southbound will need to left across Northbound traffic, even though it’s a controlled intersection.”

Laurie-Anne Sayles was the only council member to vote no to the proposal, citing traffic concerns.

“I love that Wawa has chosen the City of Gaithersburg to have its first store. This is Olde Town [Gaithersburg], but we want to revitalize this side of the city and bring new things. But my concern is, ‘Is this the new thing that we need here in the city?’ While it meets all of the classifications and permissions of this zoning, I just cannot support this project at this time.”

Motion passes 4 -1 to amend with three conditions that include a more complete analysis of traffic impact, an additional tree planting, and further refinement of pedestrian crossing.

The plan to build a Wawa’s passed with three conditions proposed by Council Member Neil Harris, which include “a more complete analysis of traffic impact, an additional tree planting, and further refinement of pedestrian crossing.”