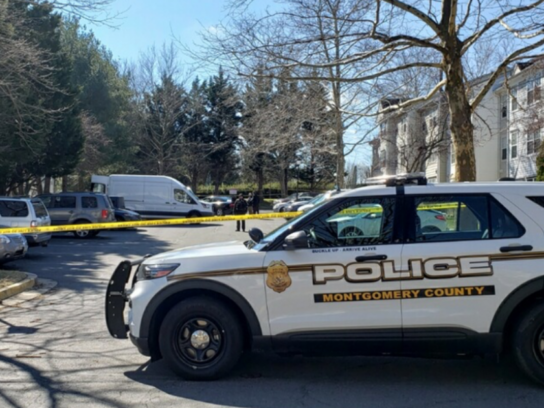 Montgomery County Police is investigating the death of two people in a parking lot in Germantown.

At approximately 9:05 a.m., officers responded to the 18900 block of Highstream Drive in Germantown for a report of shots fired, according to police.

When officers arrived at the scene, they found a man and a woman in the parking lot. Police say both were pronounced dead on the scene.

The Montgomery County Police Homicide Section is currently on the scene. This is an ongoing investigation and police say information will be provided as it becomes available.

Dr. Ronald McNair Elementary School is located about a tenth of a mile from the location of the shooting. According to someone affiliated with the school, McNair Elementary was not put on lockdown at any point.

Manchester Farm Residents:We were advised of a shooting on Highstream Drive this morning. It appears two people were shot and have died in an apparent murder/suicide. The police have recovered the weapon and are reporting that there is no threat to residents or the surrounding area. Police and detectives are on-site investigating this incident and we are in contact with the police although they are not providing additional details since there is an ongoing investigation. We will try and provide additional updates as they become available. Todd HassettThe Management Group

MyMCM spoke with a neighbor who was alerted by the police presence on Highstream Drive. He described the area as a quiet neighborhood.