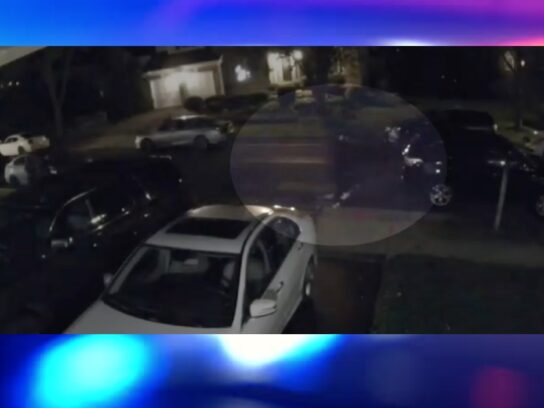 Several homes and vehicles were damaged during a shootout in Germantown on June 5. Montgomery County Police say it happened in the area of Mill Pond Terrace shortly before 2:00 a.m. when multiple suspects fired shots at each other.

No injuries were reported, and the incident was captured on a home surveillance video.

Police say this remains an ongoing investigation. Authorities are asking homeowners in the area to review their surveillance camera footage and contact investigators if anything was captured regarding this incident.

Detectives Investigate Shots Fired in Germantown – Anyone with info. regarding this incident or suspects involved is asked to call Crime Solvers at 1-866-411-TIPS (8477). Callers will remain anonymous. News release: https://t.co/WZz4a1DeSU pic.twitter.com/XF3F9tKhC3

Anyone with information regarding this incident or the suspects involved is also asked to call 5th District investigators at: 240-773-6245.  Those who wish to remain anonymous may call Crime Solvers of Montgomery County toll-free at 1-866-411-TIPS (8477).  Crime Solvers may pay a cash reward for information provided to them that leads to an arrest in this case.