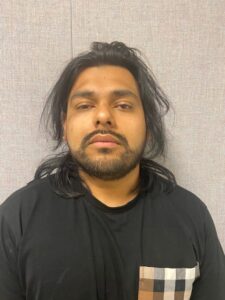 Police said a Laurel man was arrested and charged for a Wheaton carjacking that occurred this past Sunday.

Manuel A. Hernandez-Hernandez, 27, of Laurel, is charged with carjacking and kidnapping, the Montgomery County Police Department (MCPD) said in a release Tuesday.

According to police, at about 8:48 p.m. on May 15, officers responded to the 11300 block of Fern Street for a reported carjacking. Investigation determined a suspect approached a 2019 Hyundai Elantra in the parking lot, opened the door and ordered the victim in the passenger seat to get out.

When the victim refused, police said Hernandez-Hernandez got into the driver’s seat and started driving away and the victim jumped out of the moving car. The victim had minor injuries.

Police placed a lookout for the car and at about 10:30 p.m. that day, Laurel City Police Department officers responded to a collision in Laurel. Officers determined the car involved was stolen in the earlier carjacking. They identified Hernandez-Hernandez as the driver and connected him to the crime. He was arrested without incident, MCPD said.