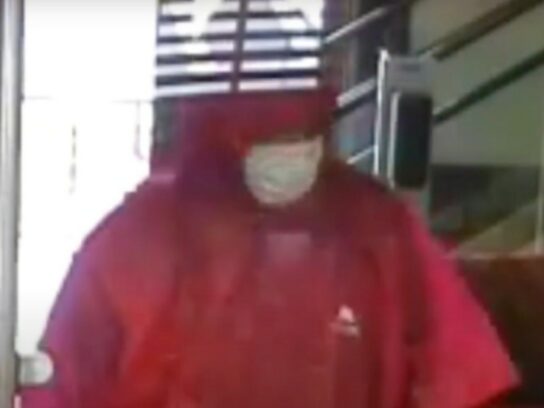 Detectives from the Montgomery County Police Department (MCPD) continue to investigate an armed robbery that took place on April 14 at a Wells Fargo Bank in Potomac.

Officers responded to the Wells Fargo Bank located at 9812 Falls Road at approximately 11:20 a.m. after receiving a report of a robbery. The investigation conducted by investigators revealed that the male suspect approached a teller and demanded money. The suspect obtained an undisclosed amount of money and then fled the scene, according to police.

On Tuesday, detectives released surveillance video and asked the public to come forward if they have any information on the male suspect seen in the video.

Anyone with information about the suspect or this bank robbery is asked to contact the Montgomery County Police Department at 1-866-411-TIPS (8477) or submit a Crime Solvers tip.