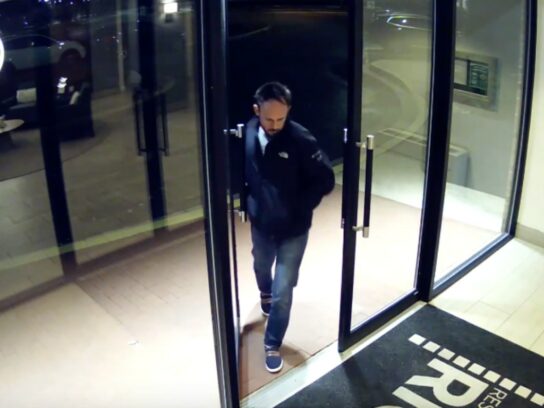 Montgomery County Police are investigating a commercial burglary and vandalism that happened at 9890 Washingtonian Boulevard in Gaithersburg at Oakwood Apartments.

On Nov. 15 at approximately 12:09 a.m., a male suspect was seen on surveillance footage forcing entry into the lobby via the secured front door, according to the police. The suspect then forced entry into a storage room and pushed over a washer and dryer. There was also damage done to an interior wall.

Police are asking anyone with information on the suspect to call 240-773-5770.To those who would prefer to remain anonymous, they can call the Crime solvers of Montgomery County at 1-866-411-8477. There is a cash reward of up to $10,000 for information provided that leads to an arrest or indictment.