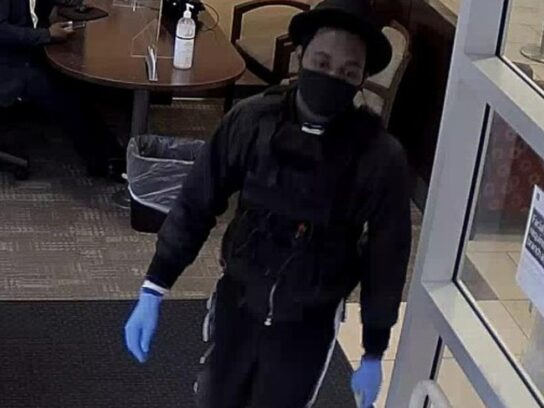 Montgomery County Police are investigating a Dec. 27 bank robbery in Bethesda and have surveillance photos of the suspect.

At about 1:46 p.m., police responded to the Wells Fargo bank in the 4900 block of Elm Street in Bethesda. According to police, a male suspect approached a teller and handed a written note that demanded money and threatened the teller.

The teller handed the suspect an undisclosed amount of money. The man then fled. According to police, the suspect was not armed and no one was injured.